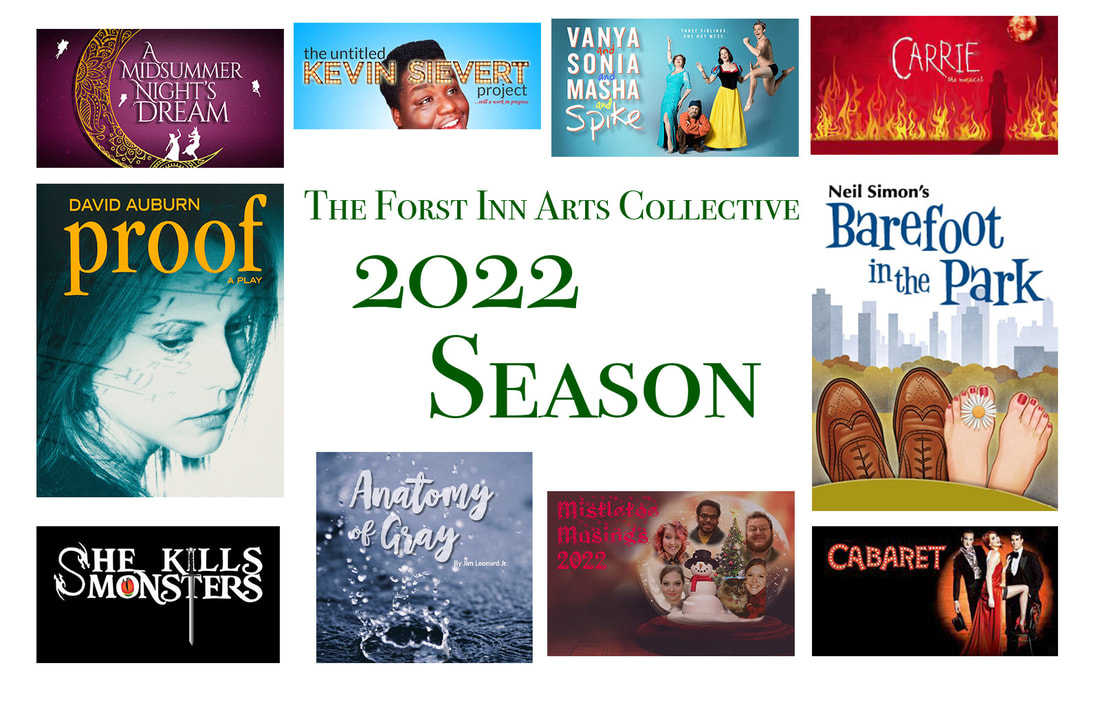 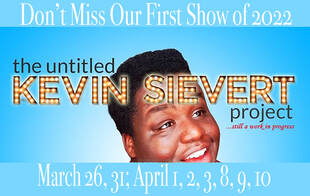 Kevin Sievert Project
Directed By: Kevin Sievert
Performances: March 11, 12, 18, 19, 25, 26, 27
Kevin’s one man show features a diverse selection of musical numbers wrapped up in a reflection on where he’s come from. Kevin observed that, “It's a working title, but the story's not over yet! In this evening full of stories and songs, you'll get to know the colorful past, the lively present and untitled future of an ordinary guy with extraordinary dreams.” 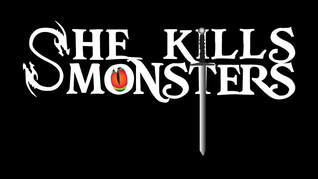 She Kills Monsters
​Directed By: Ian Wisneski
Performances: April 8, 9, 15, 16, 17, 22, 23, 24
A comedic romp into the world of fantasy role-playing games! In this high-octane dramatic comedy laden with homicidal fairies, nasty ogres and 90s pop culture, acclaimed playwright Qui Nguyen offers a heart-pounding homage to the geek and warrior within us all.

Proof
Directed By: Lisa Heili
Performances: May 6, 7, 13, 14, 15, 26, 27, 29, 29
On the eve of her twenty-fifth birthday, Catherine, a troubled young woman, has spent years caring for her brilliant but unstable father, a famous mathematician. Now, following his death, she must deal with her own volatile emotions; the arrival of her estranged sister, Claire; and the attentions of Hal, a former student of her father who hopes to find valuable work in the 103 notebooks that her father left behind. Over the long weekend that follows, a burgeoning romance and the discovery of a mysterious notebook draw Catherine into the most difficult problem of all: How much of her father’s madness—or genius—will she inherit? 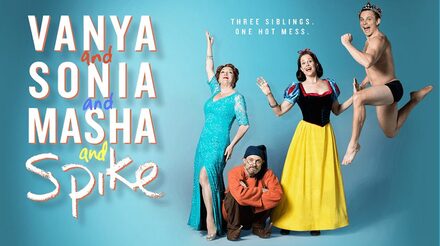 Vanya and Sonia and Masha and Spike
Directed By: Cathy Delain
Performances: June 10, 11, 12, 16, 17, 18, 23, 24, 25, 26
Middle-aged siblings Vanya and Sonia share a home in Bucks County, PA, where they bicker and complain about the circumstances of their lives. Suddenly, their movie-star sister, Masha, swoops in with her new boy toy, Spike. Old resentments flare up, eventually leading to threats to sell the house. Also on the scene are sassy maid Cassandra, who can predict the future, and a lovely young aspiring actress named Nina, whose prettiness somewhat worries the imperious Masha. 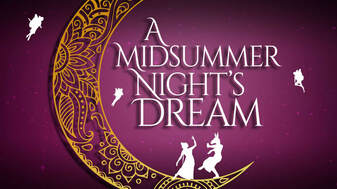 ​A Midsummer Night's Dream
Directed By: Michael Sheeks
Performances: July 8, 9, 10, 15, 16, 21, 22, 23, 28, 29, 30, 31
Shakespeare's intertwined love polygons begin to get complicated from the start--Demetrius and Lysander both want Hermia but she only has eyes for Lysander. Bad news is, Hermia's father wants Demetrius for a son-in-law. On the outside is Helena, whose unreturned love burns hot for Demetrius. Hermia and Lysander plan to flee from the city under cover of darkness but are pursued by an enraged Demetrius (who is himself pursued by an enraptured Helena). In the forest, unbeknownst to the mortals, Oberon and Titania (King and Queen of the faeries) are having a spat over a servant boy. The plot twists up when Oberon's head mischief-maker, Puck, runs loose with a flower which causes people to fall in love with the first thing they see upon waking. Throw in a group of labourers preparing a play for the Duke's wedding (one of whom is given a donkey's head and Titania for a lover by Puck) and the complications become fantastically funny. 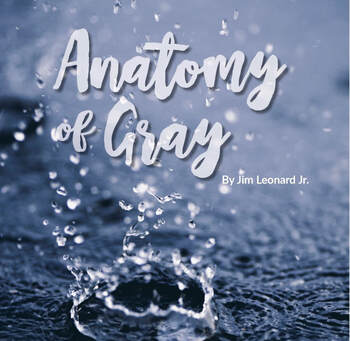 ​Anatomy of Grey
Directed by: Michael Sheeks
Performances: August 12, 13, 14, 18, 19, 20, 25, 26, 27, 28
The award-winning author of The Diviners, And They Dance Real Slow in Jackson, and Crow and Weasel describes his newest play as "A children's story for adults." When June's father dies, she prays for a healer to come to the small town of Gray, so that no one will ever suffer again; the next thing she knows, there's a tornado, and a man in a balloon blows into town claiming to be a doctor. At first, the new doctor cures anything and everything, but soon the town's preacher takes ill with a mysterious plague. And then the plague begins to spread. Set in Indiana during the late 1800s. 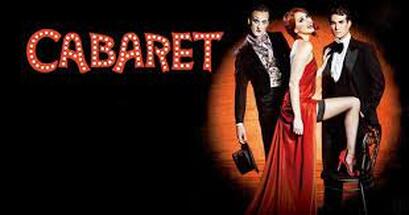 Cabaret
Directed By: Lisa Heili; Music Direction by David Bowman
12 Performances: September 9, 10, 11, 15, 16, 17, 22, 23, 24, 30; Oct 1, 2
In a Berlin nightclub, as the 1920's draw to a close, a garish Master of Ceremonies welcomes the audience and assures them they will forget all their troubles at the Cabaret. With the Emcee's bawdy songs as wry commentary, Cabaret explores the dark, heady, and tumultuous life of Berlin's natives and expatriates as Germany slowly yields to the emerging Third Reich. Cliff, a young American writer newly arrived in Berlin, is immediately taken with English singer Sally Bowles. Meanwhile, Fräulein Schneider, proprietor of Cliff and Sally's boarding house, tentatively begins a romance with Herr Schultz, a mild-mannered fruit seller who happens to be Jewish. Musical numbers include "Willkommen," "Cabaret," "Don't Tell Mama" and "Two Ladies." 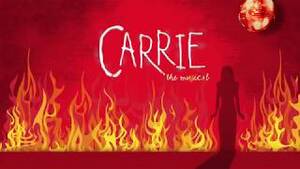 ​Carrie
Directed By: Kevin Sievert
Performances: October 13, 14, 15, 21, 22, 23, 28, 29, 30
Carrie White is a teenage outcast who longs to fit in. At school, she’s bullied by the popular crowd, and virtually invisible to everyone else. At home, she's dominated by her loving but cruelly controlling mother. What none of them know is that Carrie’s just discovered she’s got a special power, and if pushed too far, she’s not afraid to use it. 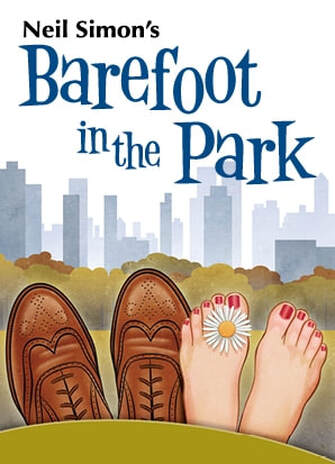 Barefoot in the Park
Directed by: Michael Sheeks
Performances: November 11, 12, 13, 18, 19, 20
Paul and Corie Bratter are newlyweds in every sense of the word. After a six-day honeymoon, they get a surprise visit from Corie's loopy mother and decide to play matchmaker during a dinner with their neighbor-in-the-attic Velasco, where everything that can go wrong does.

Theatre in the Pub

These performances are at 2PM on Sundays and are performed to a limited audience in the Pub.
​
Yankee Tavern
Performances: 5/8, 5/22, 6/5, 6/19, 7/2, 7/16
Just when you thought you’d heard every crazy 9/11 conspiracy theory, a stranger walks into the Yankee Tavern. There, inside the walls of this crumbling New York tavern, a young couple finds themselves caught up in what might be the biggest conspiracy of all. Steven Dietz’s acclaimed and already widely produced dramatic thriller—a selection of the National New Play Network’s Continued Life Project—is a fierce, funny, and ultimately mind-bending work of theatrical power that grips you until the final word. What you don’t know can hurt you.

Stella and Lou
Performances: 8/21, 9/4, 9/18, 10/9, 10/23, 11/6
On a quiet night at Lou’s Bar, two kindred spirits seek solace as they navigate changing times and relationships past. From the author of The Outgoing Tide comes an intimate exploration of friendship, forgiveness, and the longing for companionship that grows with the passage of time.

​Staged readings of the following titles will be on select Saturdays at 7:30PM. No preshow music. No charge and no reservations.
August 6: Significant Other
October 8: Thom Pain (Based on Nothing)
November 5: First Night