​Carrie White is a teenage outcast who longs to fit in. At school, she’s bullied by the popular crowd, and virtually invisible to everyone else. At home, she's dominated by her loving but cruelly controlling mother. What none of them know is that Carrie’s just discovered she’s got a special power, and if pushed too far, she’s not afraid to use it. 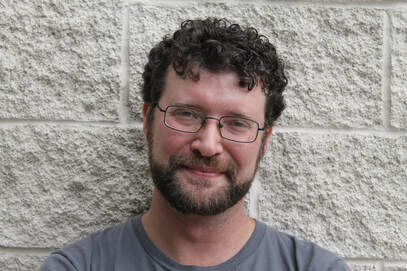 Preshow Music from Tom Berger
Tom's work as a director, music director, choreographer, and performer has been seen all over the country in something like 400 productions over 28 years. He's thrilled to bring you a little pu-pu platter of tunes before you enjoy performances of Carrie. In addition to working as an artist, Tom is also an educator on subjects as varied as audition prep, musical theatre, theatre history, and Shakespeare. He's currently the Executive Artistic Director of Seven Ages Theatricals which recently performed Hamlet at Sheboygan's City Green. Next up is The Drowsy Chaperone for Valders High School and The Gifts of the Magi at various venues this holiday season. Interested parties can check out 7AT on Facebook. Tom lives in Sheboygan with his partner Emily and his son Sebastian.
Meet The Cast 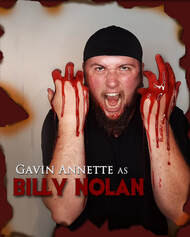 ​Gavin J. Annette (Billy Nolan) is beyond thrilled to be a part of Carrie: The Musical, and is honored to help bring this Stephen King classic to the community. Carrie will be Gavin's fourth on-stage experience at the Forst; previous shows include Anatomy of Gray (Dr. Galen Gray), She Kills Monsters (Orcus/Ronnie), and Picasso at the Lapin Agile (Pablo Picasso). Apparently a fan of the horror genre, some of Gavin's other roles include Arthur Kipps in Western Washington University's production of The Woman in Black, and Jake/Scott in the Pacific Northwest touring cast of Evil Dead: The Musical. Gavin thanks his family, friends, and amazing boyfriend for their support and encouragement, and his castmates for giving it their all during this whirlwind of a production. To those in the audience, he says: "sit back, relax, and enjoy the show - we'll make this a Night You'll Never Forget!" 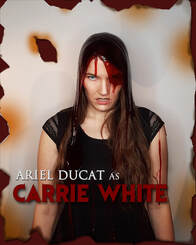 As an avid lover of horror, Carrie the Musical has always held a very special place in Ariel's heart. She would like to thank the cast and crew for making this such a magical production to be a part of. The laughter shared together will be remembered always! She hopes you enjoy the show, and that you never forget what it costs to be kind. 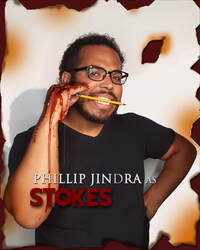 ​Phillip is back on the Forst Inn stage for his third consecutive show! You may have seen him recently as the one-eyed preacher, Phineas Wingfield, in Anatomy of Gray or as the innocent American in Nazi Berlin, Clifford Bradshaw, in Cabaret. Next up after Carrie is our holiday tradition, Mistletoe Musings, in December - this year weaving in the story of A Christmas Carol. Don't miss it! Phillip is happy to be sharing the stage tonight with his talented wife Tessa and friends. Enjoy the prom! It's going to be a night you'll NEVER forget! 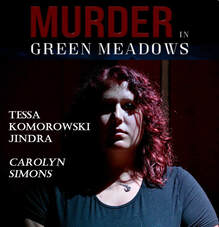 Tessa Komorowski Jindra is from the Manitowoc WI area and has been involved in many productions with Peter Quince Performing Company, Masquers, UW Manitowoc, and The Forst Inn. Some of Tessa's favorite roles include “Bakers Wife" In Into the Woods, “Rosie" in Mamma Mia, “Drowsy” in The Drowsy Chaperone, and "Alison Bechdel" in Fun Home. Tessa has Choral directed, Choreographed, Directed, and Stage Managed/Tech directed along with a bunch of other wonderful opportunities. Tessa is excited to take the stage with this amazing cast of people and her husband Phillip. Tessa is also excited to take on such an emotionally complex character and give her own spin on Sue Snell. 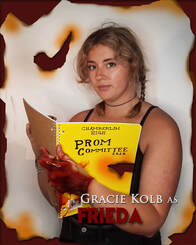 Gracie is so excited to be part in this production of Carrie, especially in her final semester at UWGB where she’s studying musical theatre. Lots of thanks go out to her family and friends for the continuous support towards her career and she hopes you have a scary good time! 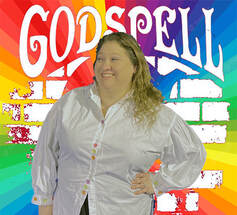 Erin is thrilled to be given the chance to play such an iconic villain. Most notable acting credits include Kate Keller (The Miracle Worker), Alice (The Addams Family), Princess Fiona (Shrek), Cathy (The Last Five Years), Rona Peretti (Putnam county Spelling Bee), and Vernedette (Dixie Swim Club) as well as 5 seasons of Mistletoe Musings. Erin holds a master's degree in Music Education and works for the Two Rivers Public School District, teaching choir at LB Clarke Middle School. She is happily married to her husband Jeff and they have 8 year old twins, Archer and Jasper, to whom she is incredibly loving and kind! 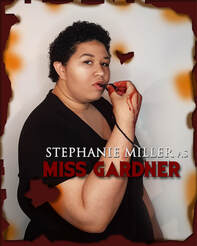 ​Stephanie Miller of Hortonville is a former teenage outcast turned adult misfit. While not necessarily a horror fan nor a Stephen King connoisseur, she was particularly drawn to CARRIE--first the film, then the novel; and finally the storied history of the original stage production and its subsequent revival. Stephanie feels incredibly fortunate to be involved with "Carrie: The Musical" and knows that Miss Gardner is a role she'll never forget! To our audience - thanks so much for your support and enjoy the show... OR ELSE!! 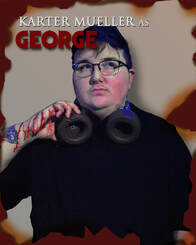 Karter Mueller is excited, and honored to start his journey at The Forst Inn on stage for Carrie: The Musical. Karter was intrigued to audition for Carrie: The Musical due to his love for the book and movie! Karter is also a huge horror fan, and even shared a birthday with Stephen King! Off stage, Karter is usually found either at work, or hanging out with friends and family. Karter is hoping to be seen on stage again in the future at The Forst Inn and hopes that you enjoy the show and is so glad that you are here! 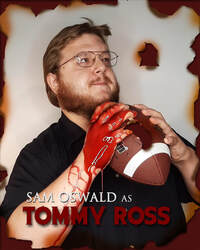 ​Manitowoc native Sam Oswald graduated from Lincoln High School in 2014 and studied Music at UW-Green Bay and UW-Eau Claire.  He is thrilled to be involved in another terrific production at the Forst Inn.  You can also find Sam playing the piano chair(and some vocals) for Manitowoc’s LAKESHORE BIG BAND concert in November.  He hopes you have a bloody good time at the show. 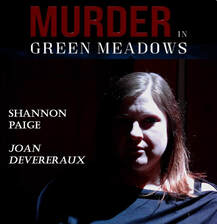 Shannon is hopping onto the inn stage again for her 3rd time this season after playing a Wall in Midsummer, and Lulu in Cabaret. Some of her favorite roles have included Jack's Mother in Into the Woods, Jenny in Company, Logaine in 25th Annual Putnum County Spelling Bee, and Jeri Neal in The Dixie Swimclub. She is a proud OG member the Mistletoe Musings which is going on year 6 this December. Here at the inn she also enjoys running the booth, as well her house manager duties. Enjoy the show and the cheesecake! ​ 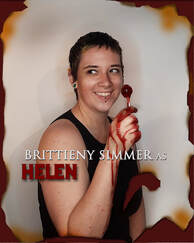 Brittieny Simmer is proud to be appearing in such a thrilling and fun, yet touching and thoughtful show (seriously, expect all of the emotions). You may have previously seen Britt on The Forst Inn stage in Cabaret (Victor), A Midsummer Night's Dream (Philostrate), or Fun Home (Joan). Helen is the first femme part Britt has played this year and a huge contrast to hyper-masculine Kit Kat Boy Victor, who they played just last month. It was a very fun challenge to be working on two drastically different characters at the same time. Britt's free time is spent with their boyfriend, Andrew, and dog, Lacy. ​ 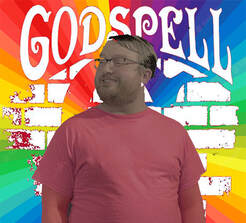 ​Sean is a UW- Green Bay graduate who has earned Bachelor of Arts in Theatre with a Musical Theatre Emphasis and a Dance Minor, concluding his time as an undergraduate performing in UW-Green Bay’s production of “Fun Home” as Bruce.  At the Forst Inn, Sean has previously appeared this season as Steve the Great Mage in “She Kills Monsters” and Lysander in “A Midsummer Night’s Dream”. Sean also performed as Adam in “Yankee Tavern”. Sean hopes you enjoy this spine-chilling performance of “Carrie: The Musical” and that you vote Neddy (Norma + Freddy) for Prom King and Queen! 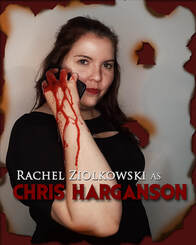 Rachel is having tremendous fun in her first foray into villainy.  She was last seen as Titania and Hippolyta in the Forst's July production of A Midsummer Night's Dream.  Her favorite description of Stephen King's world says that the scariest thing is how badly people are capable of treating each other.  She hopes our production encourages you to stand against the Chrises of the world, and, as a local public school music teacher, she thanks you for supporting the arts in our community.