Past Shows: Anatomy of Gray

​The award-winning author of The Diviners, And They Dance Real Slow in Jackson, and Crow and Weasel describes his newest play as "A children's story for adults."
A heartwarming and comic exploration of the human heart.
When tragedy strikes, June Muldoon prays for a healer to come to the small town of Gray, so that no one will ever suffer again; the next thing she knows, there's a tornado, and a man in a balloon blows into town claiming to be a doctor. At first, the new doctor cures anything and everything, but soon the town's preacher takes ill with a mysterious plague. And then the plague begins to spread. Set in Indiana during the late 1800s. 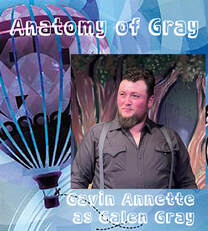 Gavin is a native of Seattle, WA, who - much like his character in Anatomy of Gray - found himself whisked away to the heart of the Midwest and plopped down amongst the Forst Inn theatrical family. Previous performances include She Kills Monsters (Orcus/Ronnie) and Picasso at the Lapin Agile (Pablo Picasso) at the Forst Inn, Western Washington University's production of The Woman in Black (Arthur Kipps), and the Pacific Northwest touring production of Evil Dead: The Musical (Scott/Jake/Moose). Special thanks to Michael Sheeks (for his passion for the craft and love of a good story), to family and friends (both near and far, for your love and support), to the Anatomy cast (for sharing in this journey with love in your hearts) and to Jonathan (for the light he brings to my life every single day - I love you, babe!) 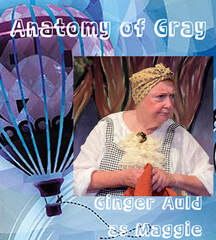 Ginger is thrilled to be cast in her first play with Forst Inn. For 60 years, she has worked in Academic, Community and Professional Theater. She was "Actress in Residence" at the famed, Alley Theater in Houston, Texas and has appeared at the Candlelight Dinner Theater, Chicago Illinois, the Pittsburgh Irish and Classical Theatre and the Three Rivers Shakespeare Festival in Pittsburgh Pennsylvania. In recent years she has performed with Third Avenue Playhouse, Rogue Theater and Isadoora Theatre in Door County Wisconsin. Of the many diverse roles Ginger has performed, Hedda Gabler remains her favorite. Kudos to Janice for all of her help and encouragement! 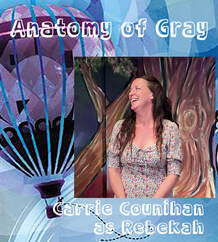 Carrie is thrilled to be returning for her second season with The Forst Inn! She appeared this season as Claire in Proof and last season as Doris in their production of Same Time Next Year, Stella in Streetcar Named Desire and Nicky in Smell of the Kill. She performed as Nan/Lina in Three Days of Rain with Isadoora Theatre Company in Door County, Helen in their production of Helen and Claire in Proof. Carrie has appeared in various productions & readings with Isadoora, Rogue Theater (Ann Deever in All My Sons) & the former TAPworks theatre. She is so excited to now be part of the Forst Inn family and will also be performing the role of Mrs. Banks in Barefoot in the Park in November. Thank you to Michael for creating an incredible home at the Forst for so many artists to create! 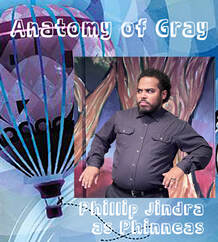 Phillip is excited to be on stage for his first straight play in years. Recent credits include directing, design, and musician roles. This show will be the first of several upcoming on stage roles including Clifford Bradshaw in Cabaret and Stokes in Carrie: The musical, opening in September and October respectively right here at the Forst. Phillip is happy to be sharing the stage tonight with his wife Tessa and friends. Enjoy the show! 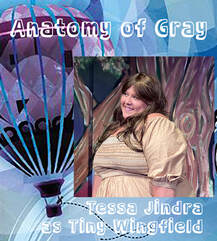 Tessa Komorowski Jindra is from the Manitowoc WI area and has been involved in many productions with Peter Quince Performing Company, Masquers, UW Manitowoc, and The Forst Inn. Some of Tessa's favorite roles include “Bakers Wife" In Into the Woods, “Rosie" in Mamma Mia, “Drowsy” in The Drowsy Chaperone, and "Alison Bechdel" in Fun Home. Tessa has Choral directed, Choreographed, Directed, and Stage Managed/Tech directed along with a bunch of other wonderful opportunities. Tessa is happy to share the stage again with her Husband Phillip and a talented group of actors. 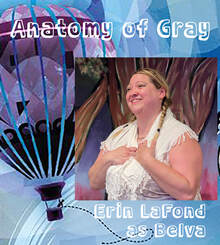 ​Erin is happy to be performing with this talented ensemble. Most notable acting credits include Kate Keller (The Miracle Worker), Alice (The Addams Family), Princess Fiona (Shrek), Cathy (The Last Five Years), Rona peretti (Putnam county Spelling Bee), and Vernedette (Dixie Swim Club) as well as 5 seasons of Mistletoe Musings. She will be performing the role of Carrie White's toxic mother, Margaret, in Carrie the Musical this October at The Forst Inn. Erin holds a master's degree in Music Education from Silver Lake College and works for the Two Rivers Public School District, teaching choir at LB Clark Middle School. She is happily married to her husband Jeff and they have 8 year old twins, Archer and Jasper. 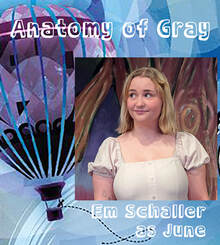 Em is a 21 year old who is very active in the area’s community theaters. She’s been in over 25 productions over the span of 11 years with Dare to Dream, Treehouse Theater, Masquer’s, CCC Shows, and Peter Quince Performing company. You may have seen her most recently as “Suzy” in Marvelous Wonderettes or “Gretchen” in Boeing Boeing, both through Masquers Inc. Her first Forst production was Midsummer Night’s dream as “Mustardseed” this July. She hopes you enjoy this beautiful show.

This is Marty’s first time on the Forst Inn “main stage.” He played Einstein in the Forst Inn’s inaugural “theatre in the pub” production of Picasso at the Lapin Agile last August. He is thrilled to be part of the talented “Gray” cast, and is excited to be sharing the stage again with his daughter Em. 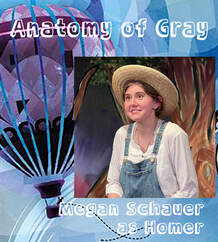 Megan is delighted to be returning to the stage for her third Forst Inn production! She is thrilled to finally be playing a full human on the Forst Inn stage, her previous roles being Vera/Evil Tina in She Kills Monsters, and Moth in A Midsummer Night’s Dream. She started doing theatre at age six, playing Molly in Annie with Calvary Players (2010.) Now nineteen years old, she has been in over sixty plays and musicals. When she isn’t on the stage, she can still be found performing all around the Green Bay community as a member of The Princess Co, and in autumn you can find her lurking on the grounds of Terror on the Fox as a scare actor. She would like to thank her family and her best friends, Josie and Gracie for their constant support and encouragement