Meet the Nowaks of Buffalo, NY. Clara and her three grown kids have always known they were special, ever since the miraculous night in 1942 when the Blessed Mother appeared to Grandpa in his barbershop! Since then, the neighborhood has looked upon the Nowak's commemorative shrine as a beacon of hope and faith amidst the urban rubble. And now daughter Ruth unveils her plan to write and star in a one-woman show about the family miracle so the whole world will know! However, as her plans for theatrical immortality unfold, the entire family's faith is shaken to the very core when a deathbed confession causes the family legend to unravel. The results are heartfelt and hilarious.
Preview September 10; Performances September 11, 12, 18, 19 & 20*.  Tickets $21-$34 (available with or without meal).

Opening Night Happenings
Join us at 6PM on September 11 for our opening night celebration.
Curiosity Shop Opening!
Opening Night Music in the Pub with Toni Fritz! 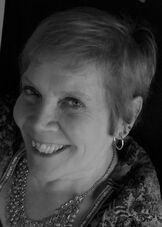 Claran LaViolette (Director) This is the second time Claran is directing this show, the first being in December of 2017 for St. John’s Players, where it was received with raves from the audience. The cast is the same, except for a new “Jimmy”. Both Claran and the cast fell in love with these characters, and they were delighted to be asked to present the show at The Forst Inn. She hopes that the audiences here will have the same heart-warming experience being invited into the Nowak family’s kitchen and hearing their unusual and “miraculous” story. 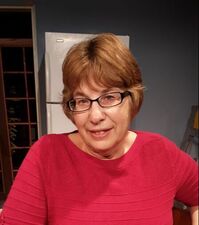 Ann Wolf (Clara Nowack) is delighted to be playing the part of Clara Nowak again. She's even a little like Clara - Catholic, with three grown kids and is just a teeny bit Polish! This family is so real and believable - you've got to love them. Ann was last seen on the Masquer's stage in February as Lady Cravenshire in "Calendar Girls" and last summer as Mother Superior in St. John's Player's "Drinking Habits". Both Clara and Ann believe in miracles and kolaczkis. They hope you do too. 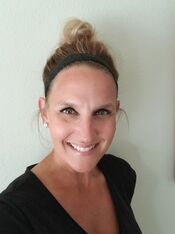 Corrie Skubal (Ruth Nowack) This is Corrie's third show on the Forst Inn stage and playing Ruth for the second time is a treat. Corrie last played Cora in the Masquer's performance of Calendar Girls, who was similar to Ruthie in being a little non-traditional. And while Corrie has no idea how to make babka, she does know how to make good kolaczki...maybe even better than Clara. 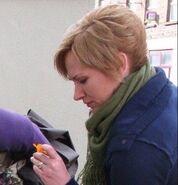 Kate Koubaddy (Beverly Nowack) one of the original members of the 2017 Nowak family, is excited to bring her character Bev back to the stage. This will be her first time performing at the Forst Inn. She may look familiar from her involvement  with Heartarama and Windigo Fest. Kate is an occupational therapist at Aurora. Mother of one very old dog. She loves gardening, cooking, creating and wine making!

Jake Jacquart (Jimmy Nowack) This is Jake’s second showing here at The Forst Inn. He’s been very well known in the local theatre world doing and working shows for many people. Currently he’s doing another show for the director and trying to maintain a regular life, but regular hasn’t been his thing in years. He hopes you enjoy the show!
Stage Manager - Ed Nitro Barta
Scenic Design - Roger Bennin
​Crew - Paul Hacker, Ella Susedik