;The play dramatizes the experiences of Blanche DuBois, a former Southern belle who, after encountering a series of personal losses, leaves behind her privileged background to move into a shabby apartment in New Orleans that her younger sister and brother-in-law have rented.
Tennessee Williams' most popular work is considered one of the finest and most critically acclaimed plays of the twentieth century.
Performances July 9-25
Tickets $24-$28; Plated Light Meal or Charcuterie Boards available. 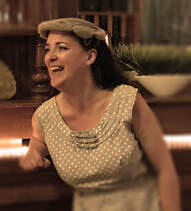 Carrie Todd Counihan as Stella
Carrie Counihan is thrilled to be joining The Forst Inn company again this season after having last appeared as Doris in their production of Same Time Next Year. She has also performed as Nan/Lina in Three Days of Rain with Isadoora Theatre Company in Door County, Helen in their production of Helen and Claire in Proof. Carrie has appeared in various productions & readings with Isadoora, Rogue Theater (Ann Deever in All My Sons) & the former TAPworks theatre as well as several indie films. She is so excited to now be part of the Forst Inn family and to be part of the return of live theatre in 2021! 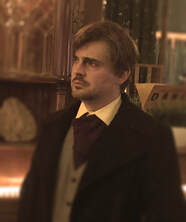 ​Zach Lulloff as Pablo
Zach Lulloff has been seen on the Forst Inn stage as Tom in The Glass Menagerie as well as Mitch in Tuesdays with Morrie. Grateful for this intimate theatre and the folks who support us. Happy to be sharing the stage with my girlfriend for the first time :)
​ 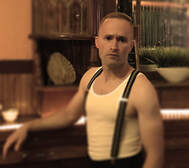 Thomas Moore as Stanley
Thomas Moore is very excited to finally be on stage again at the Forst inn. Having taking a couple years to focus on his career, he is excited to once again share in the experience of live theatre . He has been performing for a majority of his life, but you have seen him most recently in "Death of a salesman" and "the shape of things" here at the forst. He'd like to thank his family and friends for their constant support through all his theatric endeavors. RED HOT! 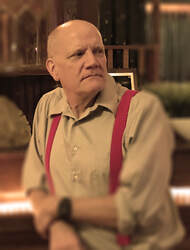 Dan Sallinen as Steve
Dan is excited to be returning to the Forst Inn stage where he previously appeared in Death of a Salesman. Dan has appeared in many shows in the Door County area including Three Days if Rain, Proof, and The Realistic Joneses at Isadoora Theater. He has appeared in many Rogue Theater productions including All My Sons, Beer for Breakfast, The Belgian Detective, Riverside Drive, And Then There Was Nun, as well as performing in the popular skit series Golden Age of comedy, several murder mysteries, and some improv shows. Dan would like to thank his family for their continued support.​​
Dennis Schneider as the Strange Man and Ensemble
Dennis has returned to  live theater after a nearly 20 year layoff. He started in live theater and music production in High School and continued on  at UW Manitowoc and Green Bay. After Univerisy, he moved to the  Los Angeles area and worked in the recording industry and moonlighted with offshoots of the renowned Pasadena Playhouse when it was closed for Earthquake remediation. Prior to moving back to Manitowoc, he both acted and did production work for the San Luis Obispo Repertory Theater; one of the three oldest Community Theater groups in America.
​Kevin Sievert as The Collector
​Kevin James Sievert is an actor, singer, choreographer and musician based in Wisconsin. Kevin made his professional debut at Skylight Music Theatre in Milwaukee, WI in 2017. In their 2018-2019 season, he received a nomination and became a finalist for the Footlight People's Choice Award for Outstanding Supporting Performer in a Musical (Professional) for his role as Little Moe in Five Guys Named Moe. Kevin has also been seen at The Forst Inn many times, currently producing The Forst Inn Sings concert series and recently seen in his solo show The Untitled Kevin Sievert Project.  www.kevinjamessievert.com 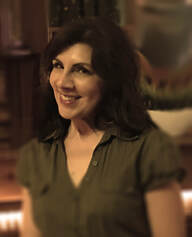 Vicki Svacina as Eunice
Vicki has performed in several productions at the Forst Inn including Dixie Swim Club, Rabbit Hole, Old Love, Becky's New Car, Death of A Salesman,  and The Glass Menagerie. She always looks forward to performing and hopes to continue doing theatre forever. 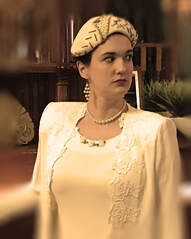 Elizabeth Szyman as Blanche
A native of Hingham, Massachusetts, Elizabeth has been living in Manitowoc since 2010 and participating in theatre at the Forst Inn since it's conception. She is thrilled, proud and humbled to have the opportunity to play such an iconic role as Blanche DuBois, with a terrific and supportive cast and crew. Elizabeth can be seen in upcoming productions of "On Golden Pond" and reprising her role in "Smell of the Kill" later this year. Finally, she would like to thank her friends and family for all their help and TLC in tackling Williams's amazing script and allowing her to become a servant to the character. 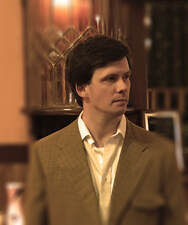 Ian Wisneski as Mitch
Ian Wisneski is a dedicated member of the Forst Inn Arts Collective, serving on the Board of Directors in multiple roles and appearing in a variety of productions.  Ian was last seen in Forst Inn Sings concerts and as George in Same Time Next Year.  His favorite role was Howie in the Forst's acclaimed production of Rabbit Hole.
​
​Jacqueline Welsh as the Strange Woman and  Ensemble
Jacqueline Welsh is making her Forst Inn debut in her first play. When not at the Inn she can be found working at KC in a lab, hanging out with friends & family, enjoying mass, catching a show or a new art exhibit. She’s excited to be sharing the stage with such a talented cast and crew. She’d like to thank everyone for their support of the arts. And especially her boyfriend who supports her random acts of kaizen. (Love ya hun!)
Enjoy the Flores of the show!
​
Stage Manager - Shannon Paige
​Scenic Design - Nannette Macy