The autobiographical story of Mitch Albom, an accomplished journalist driven solely by his career, and Morrie Schwartz, his former college professor. Sixteen years after graduation, Mitch happens to catch Morrie's appearance on a television news program and learns that his old professor is battling Lou Gehrig's Disease. Mitch is reunited with Morrie, and what starts as a simple visit turns into a weekly pilgrimage and a last class in the meaning of life.
Performances May 28, 29; June 4, 5, 6 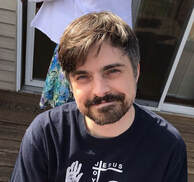 Zach Lulloff (Mitch) has been seen on the Forst Inn stage as Tom in The Glass Menagerie as well as in Becky's New Car as Steve. Zach loves a quirky bio and no doubt will have something whimsical to offer in the near future. We are excited to have Zach on our stage again! 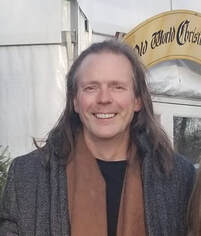 Bill Fricke (Morrie) has recently returned to the theatre world after a brief 23-year hiatus.  After graduating from the University of Minnesota, he moved back to Manitowoc to join the family business.  While in the Twin Cities, he enjoyed being involved with the University Theatre while interning at The Guthrie Theatre and Paramount Pictures.  In recent years, he has been involved with The Masquers, KB Productions, The Clipper City Chordsmen, plus numerous non-profit organizations that requires him to constantly consume large amounts of coffee. Bill was most recently seen on the Forst Inn stage in Old Love and Becky's New Car.