How far would you go for love? For art? What would you be willing to change? What price might you pay? Such are the painful questions explored by Neil LaBute in THE SHAPE OF THINGS. A young student drifts into an ever-changing relationship with an art major while his best friends' engagement crumbles, so unleashing a drama that peels back the skin of two modern-day relationships. 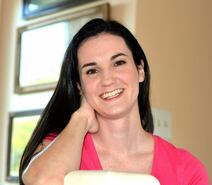 Elizabeth Szyman (Evelyn) has performed and studied theatre and film in Massachusetts, New York, and Wisconsin. She is thrilled to be participating in “The Shape of Things.” This is Elizabeth’s third performance with the Forst Inn Arts Collective, other roles include playing Beth in “Dinner with Friends” and Molly in “Smell of the Kill.” Previous local highlights include Rachel Ann in “Exit Laughing,” Daisy Buchanan in “The Great Gatsby” and Sarah in “Company.” She is grateful to her family and friends for all their T.L.C. as well as the support and hard work of the cast and crew. 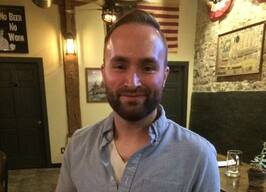 Thomas Moore (Adam) is very excited to finally make his physical appearance on stage at the Forest Inn. His Previous credit would include voicing three male characters in "The Smell of The Kill". Other local credits would include Bobby in "Exit Laughing", Jay Gatsby in "The Great Gatsby", Robert in "Proof", CB in "Dog Sees God", Paul in "A Chrous Line", as well as many other Masquers productions throughout the years. After spending a few years studying theatre at Uw-Parkside, he loves to help bring great theatre to the lakeshore. Hed like to thank friends and family for their support as well as Michael and the Forest Inn specifically for making this show a reality as it has been very close to his heart for a long time. 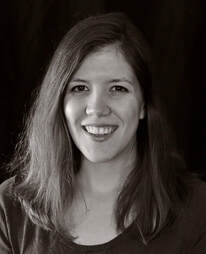 Katie Schroeder (Jenny) is thrilled to be back on the Forst Inn stage with some of her favorite people. Previous shows at the Forst Inn include “Dinner with Friends” (Karen) and “The Odd Couple (female version)” (Vera). She was most recently seen in Green Bay for Evergreen Theater’s “Sense & Sensibility” (Elinor Dashwood) and "It's a Wonderful Life" (Mary Hatch Bailey). When not playing with her theatre friends, she can be found slinging coffee, attending classes, or planning her next international adventure. She is honored to be included in a production that holds so much meaning to Thomas and Elizabeth. She hopes you enjoy the show!
​ 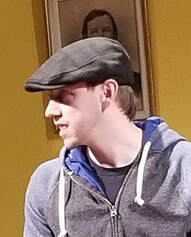 ​Darrick Bruns (Phillip) is happy to be making his third appearance on stage at the Forst inn. He was last scene on stage as “Riff Raff” in the 2018 production of “The Rocky horror show” at UW Manitowoc. He last appearance on this stage was in the 2018 production of “Hello Again”. Darrick is a long-time performer in the Manitowoc area, appearing on stage over the years in productions with the Peter Quince performing company, Masquers, and UW Manitowoc. 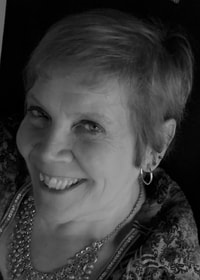 A native of Manitowoc, Claran LaViolette (costumes) has been designing and collecting costumes since her college days.   She has served as costume designer for Masquers, UW Manitowoc, KB Productions, St. John’s Players and Treehouse Theater. Though she feels that costuming is her forte, Claran has been on stage (favorite roles: “Grandma” in the Addams Family and “Abby Brewster” in Arsenic and Old Lace), in the director’s chair ( Suite Surrender, Miracle on South Division Street, The Savannah Sipping Society) and produced shows for Masquers and St. John’s Players.  She is also the current president of The Masquers Inc.
Jeff LaFond - Stage Manager/TD