Prior Events: Vanya and Sonia and Masha and Spike

​In VANYA AND SONIA AND MASHA AND SPIKE, comedic master, Christopher Durang, takes crazy elements from Chekhov, pours them into a blender and mixes them up. The utterly hilarious and occasionally touching result is his latest play set in present day Bucks County, Pennsylvania.
Middle-aged siblings Vanya and Sonia share a home in Bucks County, PA, where they bicker and complain about the circumstances of their lives. Suddenly, their movie-star sister, Masha, swoops in with her new boy toy, Spike. Old resentments flare up, eventually leading to threats to sell the house. Also on the scene are sassy maid Cassandra, who can predict the future, and a lovely young aspiring actress named Nina, whose prettiness somewhat worries the imperious Masha. 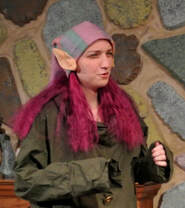 Katie Baumgartner (Nina) is thrilled to be making her debut at the Forst Inn as Nina. She is a senior at Freedom High School and loves performing. Acting is her passion and she is so thankful that she gets to work with such amazing and hilarious people. Her plans after high school are to get a job in the film industry. She spends her time going out with her friends and experiencing new things. Painting and sculpting occupy her quite frequently. She would like to thank everyone involved in the show for making her feel so welcome in this community. 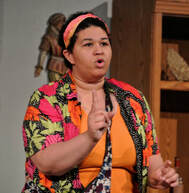 Stephanie Miller (Cassandra) of Hortonville has enjoyed many a comic role during her time spent participating in theatre... but some are so special that they cannot be played just once! Six years ago, Stephanie tried on a Caribbean accent for the first time to play Cassandra in Attic Chamber Theatre's production of "Vanya..." and made such wonderful memories that she couldn't resist an opportunity to try out again at The Forst Inn. Her psychic intuition tells her that you will enjoy this splendid performance! 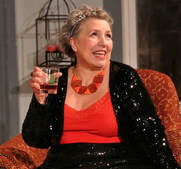 Deborah Oettinger (Sonia) was born in California to parents who loved to roam and as a result lived on the east coast, west coast and now in the middle. She is a Realtor, wife, mom, “Oma” and is prone to hugging random trees. She first fell in love with the stage in 8th grade when she got the lead in a one act play called "The Ghost Wore White" and is now following her lifelong dream of pursuing acting as her passion and vocation. This is her 1st time on the Forst stage and is in love with this show! She hopes you enjoy this production as much as she does. 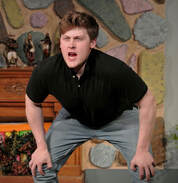 Blaine Rezach (Spike) is a 25 year old aspiring actor, who is looking forward to performing in front of people again after taking a hiatus from the theatre scene after portraying various roles in The 39 Steps at the Forst Inn and as Chuck in She Kills Monsters. 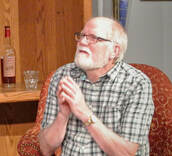 Dan Sallinen (Vanya) is excited to be returning to the Forst Inn Stage where he most recently appeared in Proof. Dan has also appeared in Streetcar Named Desire and Death of a Salesman. He has also done many shows with Rogue Theater and Isadoora Theatre Company of Sturgeon Bay including All My Sons, Three Days of Rain, and many others. Dan would like to thank his wife, Amanda and the rest of his family for their continued support. 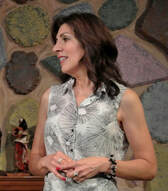