Winner of the 2007 Pulitzer Prize.
"David Lindsay-Abaire has crafted a drama that's not just a departure but a revelation—an intensely emotional examination of grief, laced with wit, insightfulness, compassion and searing honesty." —Variety.
"Grade: A! A transcendent and deeply affecting new play, which shifts perfectly from hilarity to grief." —Entertainment Weekly.
"RABBIT HOLE presents a tragedy and its consequences with utter candor, and without sentimentality. The dialogue is most impressive for capturing the awkwardness and pain of thinking people faced with an unthinkable situation—and eventually, their capacity for survival, and even hope." —USA Today.
"With RABBIT HOLE, David Lindsay-Abaire has crafted the most serious, simply told work of his career—a painstakingly beautiful, dramatically resourceful, exquisitely human new play." —BackStage.
"A thoroughly absorbing, profoundly affecting and painfully touching examination of grief." —Bergen Record.
"The highest praise to playwright David Lindsay-Abaire! RABBIT HOLE is an entertaining and satisfying play—it might just be the year's best." —Show Business Weekly.
​"A perceptive and poignant study in the day-to-day aches of bereavement: problems with personal intimacy, the uneasy friends who don't call, the emptiness in a house packed with reminders…Heartbreaking in its theme and details, RABBIT HOLE is a beautifully crafted work of great sensitivity." —Star-Ledger. 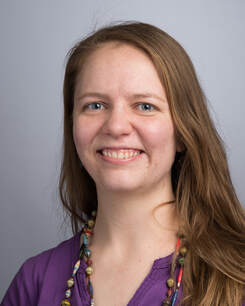 Kristen Bustrak (Becca) is glad to be working with the Forst family for the first time. You may have seen her recently in Abrams or Green Bay as Vi in Footloose or Maddie in With This Ring. Kristen hopes you can walk alongside Becca and Howie and their family as they go through the slow, up and down journey that is grief. During the day, Kristen is a proud Spanish bilingual teacher at Nicolet Elementary in Green Bay. 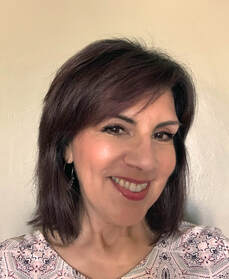 Vicki Svacina (Nat) absolutely loves performing at the Forst and considers herself privileged to have been part of several productions under the late Ron Kaminski. Vicki’s most recent performance was right here at the Forst as Becky in "Becky's New Car". Vicki loves the rush of live theatre and throughout the years she has enjoyed performances with Masquers, KB Productions, and the UWM. Vicki is looking forward to her upcoming Forst Inn role in  “Old Love.” 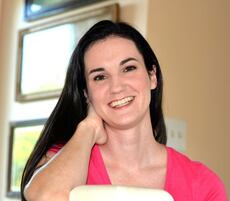 Elizabeth Szyman (Izzy) has performed and studied theatre and film in Massachusetts, New York, and Wisconsin. She is thrilled to be participating in “Rabbit Hole” This is Elizabeth’s fourth performance with the Forst Inn Arts Collective, other roles include playing Evelyn in "The Shape of Things", Beth in “Dinner with Friends” and Molly in “Smell of the Kill.” Previous local highlights include Rachel Ann in “Exit Laughing,” Daisy Buchanan in “The Great Gatsby” and Sarah in “Company.” She is grateful to her family and friends for all their T.L.C. as well as the support and hard work of the cast and crew. 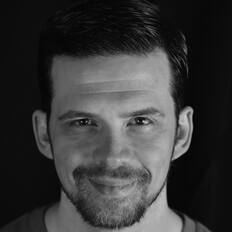