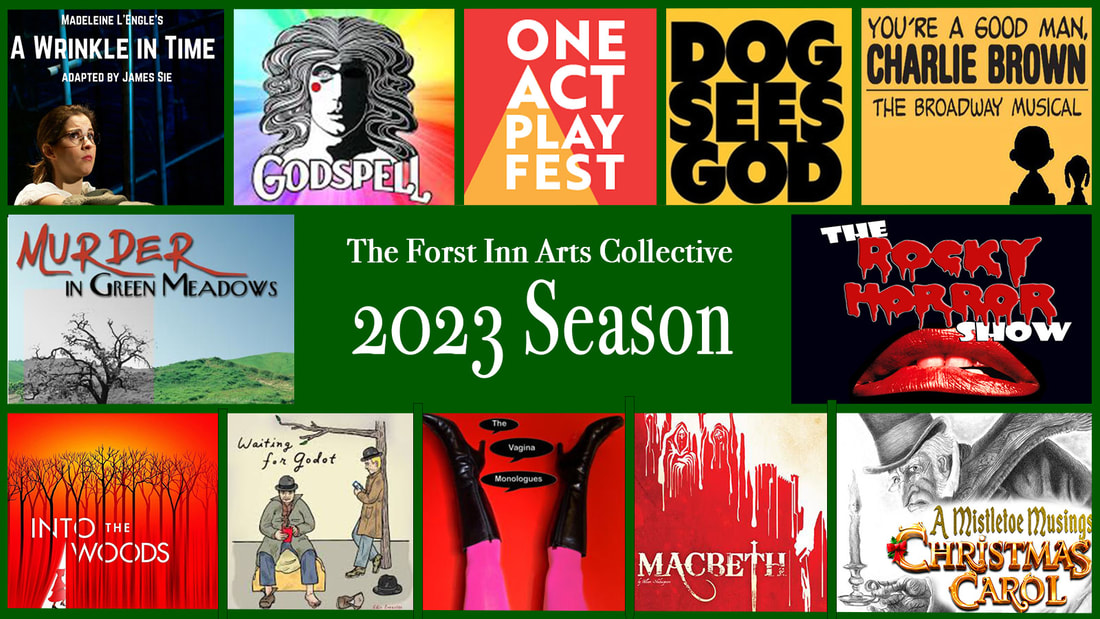 2023 Season Preview
​March 11@ 7:30
Join us for a little snippet from each of our 2023 productions. Appetizers, good friends, and great performances.
Tickets for this event are available now. 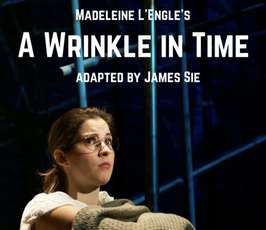 A Wrinkle In Time     Adaptation by James Sie
March 17 – April 2 - Tickets for this event are available now.
One of literature's most enduring young heroines, Meg Murry, is back--braces, stubbornness and all. Once again, she's joining forces with Mrs. Whatsit,  Charles Wallace, Calvin O'Keefe and more to battle the forces of evil so she can rescue her father, save humanity and find herself. In the end, we know two things for sure: 1. Love CAN overcome evil and 2. There IS such a thing as a tesseract. Directed by Gavin J. Annette. 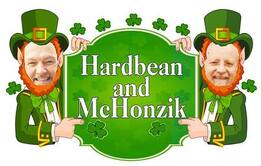 Hardbean and McHonzik
​March 19 @ 2:00; This is a free event, no reservations required. Arrive early!
They're irreverent, they're rowdy, they're just plain fun! Join us Sunday afternoon, March 13, from 2-5 as Dan Hildebrand, Pete Honzik, and Jim VanLannen. bring their often bawdy Irish ballads and their always wild and beautiful Irish wenches to The Forst Inn Pub for a great St. Patricks Day party!

Godspell          by Stephen Schwartz
April 14 – May 7      Tickets for this event are available now.
Godspell was the first major musical theatre offering from three-time Grammy and Academy Award winner, Stephen Schwartz (Wicked, Pippin, Children of Eden), and it took the world by storm. Led by the international hit, "Day by Day," Godspell ​features a parade of beloved songs, including "Prepare Ye the Way of the Lord," "Learn Your Lessons Well," "All for the Best," "All Good Gifts," "Turn Back, O Man" and "By My Side."
​Directed by Michael Sheeks. 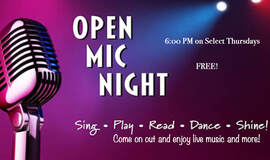 Open Mic Nights
April 27; May 11, 25; June 22; July 6, 27; August 17; Sept 14; Oct 5, 26
Join us for an evening of spontaneous entertainment. We've got a great lineup of regulars playing and they would love to have you come and listen.​
Think you're funny? We might, too! We'll have a mic and a piano set up for whatever you want to do. Or just come and watch. We need an audience! 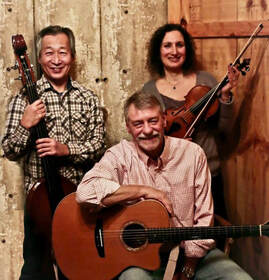 The Layne Yost Trio John Denver Tribute
May 12, 13, & 14 Tickets for this event are on sale now.
The music of John Denver is timeless and well known. Layne Yost’s tribute faithfully plays homage to the music and the man. Accompanied by gifted musician friends on upright bass and fiddle, Yost captures the simple soul of Denver’s music through guitar, woven within the music are stories that give insight into Denver’s life and legacy. May 14 includes a Mother’s Day Buffet. 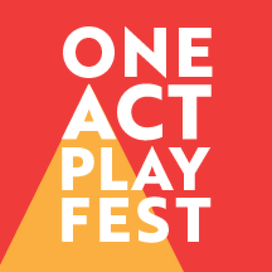 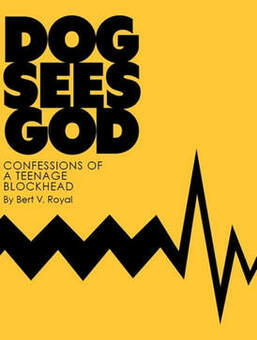 Dog Sees God      by Bert Royal
June 9 – July 16
When CB’s dog dies from rabies, CB begins to question the existence of an afterlife. His best friend is too burnt out to provide any coherent speculation; his sister has gone goth; his ex-girlfriend has recently been institutionalized; and his other friends are too inebriated to give him any sort of solace. But a chance meeting with an artistic kid, the target of this group’s bullying, offers CB a peace of mind and sets in motion a friendship that will push teen angst to the very limits. Drug use, suicide, eating disorders, teen violence, rebellion and sexual identity collide and careen toward an ending that’s both haunting and hopeful. Mature content.
Directed by Lisa Heili. 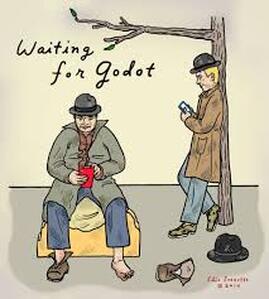 Waiting for Godot   by Samuel Beckett.
June 2, 3, 4/July 28, 29, 30  (Pub Show)
In Waiting for Godot, two wandering tramps, Vladimir and Estragon, wait by a lonely tree, to meet up with Mr. Godot, an enigmatic figure in a world where time, place and memory are blurred and meaning is where you find it. The tramps hope that Godot will change their lives for the better. Instead, two eccentric travelers arrive, one man on the end of the other's rope. The results are both funny and dangerous in this existential masterpiece.
​Directed by Michael Sheeks.

Murder in Green Meadows   by Douglas Post
August 4 – 27
Thomas Devereaux, a successful architect and local contractor, and his beautiful wife, Joan, have just moved into their dream house in the quiet suburban town of Green Meadows when they are visited by their new neighbors. What follows is a diabolical plot that continues to thicken through the final showdown between a murderer and an aggrieved widow.
​Directed by Phillip Jindra. 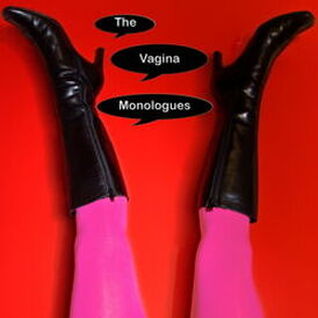 ​The Vagina Monologues   by Eve Ensler
Sept 1-3/Oct 6-8    (Pub Show)
An Obie Award-winning whirlwind tour of a forbidden zone, THE VAGINA MONOLOGUES introduces a wildly divergent gathering of female voices, including a six-year-old girl, a septuagenarian New Yorker, a vagina workshop participant, a woman who witnesses the birth of her granddaughter, a Bosnian survivor of rape, and a feminist happy to have found a man who “liked to look at it."
​Directed by Erin LaFond. 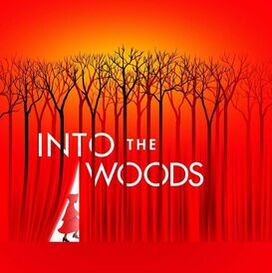 Into the Woods           by Stephen Sondheim
Sept 8 – Oct 1
James Lapine and Stephen Sondheim take everyone's favorite storybook characters and bring them together for a timeless, yet relevant, piece... and a rare modern classic. The Tony Award-winning book and score are both enchanting and touching. Directed by Michael Sheeks. 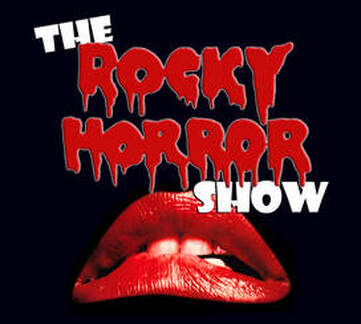 Rocky Horror Show        by Richard O’Brien
Oct 13 – 29
The original kitschy rock 'n' roll sci-fi gothic musical is more fun than ever!
​"A musical that deals with mutating identity and time warps becomes one of the most mutated, time-warped phenomena in show business."
Directed by Lisa Heili. 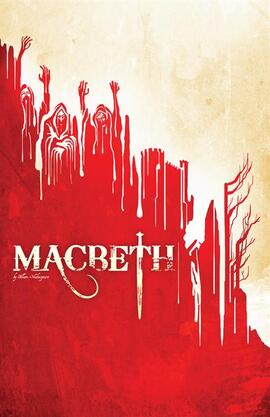 Macbeth    by William Shakespeare
Nov 10 – 19
A brave Scottish general named Macbeth receives a prophecy from a trio of witches that one day he will become King of Scotland. Consumed by ambition and spurred to action by his wife, Macbeth murders King Duncan and takes the Scottish throne for himself. He is then wracked with guilt and paranoia. Forced to commit more and more murders to protect himself from enmity and suspicion, he soon becomes a tyrannical ruler. The bloodbath and consequent civil war swiftly take Macbeth and Lady Macbeth into the realms of madness and death.
​Directed by Ross Dippel.

A Mistletoe Christmas Carol    by Charles Dickens
December 1 – 17
Our popular holiday musical cabaret returns as A Christmas Carol. This classic story is filled with ghosts and holiday cheer and, of course, lots of music from the Mistletoes.
Directed by Michael Sheeks and the Mistletoe ensemble.